The Best way to grow a Beard with Weed

Are you a man who loves growing a beard, but experiencing a slow growth rate? Have you been concerned about this slow growth of your beard? Did someone tell you about weed? How the weed performs abracadabra on the beard? Are you skeptical about such notions? If yes, then you need not worry any further, as all of these questions would be answered right in this article!

In this article, we would be discussing the nitty-gritty of weed in connection to the beard.

But, firstly, what exactly is the weed?

Weed is actually slang, or, let’s say it is more of slang in this context. And instead, its proper name is Cannabis.

The Cannabis, scientifically known as Cannabis Sativa, is a psychoactive drug containing tetrahydrocannabinol (THC) alongside 483 compounds. Weed can either be used for medicine or recreational purposes, featuring several methods in which it can be applied.

The drug is somewhat a legalized on in several countries, including about 10 states in the United States of America.

Summarily, weed is a drug which causes an alteration in the brain function, resulting in temporary changes in perception, mood, consciousness, and behaviour. It alters invariably everything in the body system when consumed – although, it also depends on the quantity taken, and also, the means at which it was applied/consumed.

Having gotten the basic description of weed, the big question then arises; what are the advantages?

There is a whole lot of benefit attached to either the consumption or application of weed. However, we wouldn’t be going into details on this, as we aren’t here for the benefits of weed, instead to know how to grow a beard with weed.

A few benefits of weed.

Now, the last benefit is what we would be rallying around in this article – the case study.

Having gotten awareness that weed can improve the growth of hair, irrespective of the area the hair is located in the body, be it the head hair, body hair, or the facial hair – beards! How then does this drug work? This exactly is the case study of this article;

How to grow a beard with weed

Growing a beard, as you know, is an art – one that should be taken to heart. Remember, taking just any approach into a form of art might eventually just cause total ruin to such art. Same goes for bearding as well.

There are principles, and guidelines for growing a beard. You don’t just rush into it; there is step by step pattern of going by bearding.

Well, this isn’t the talk for today. To learn even more about bearding as an art, CLICK HERE.

So, back to business. How can you grow your beard with weed? How does it function? And like I said earlier, what are the guidelines of growing a beard using the weed?

If you may know, the beard doesn’t just grow because it is due time to do so. Instead, there are certain things that have to be put to place in your body system, which would, in turn, stimulate the beard to start growing – all depending on the degree at which these things, factors, are set to place. I explained everything on that in this article.

Now, we all know that the Dihydrotestosterone (DHT) and Testosterone are the two most important and essential hormones whose degree in the body would determine the amount of beard such an individual can grow.

So, in a nutshell, what weed does is to increase the level of these hormones in the body. It excites them, causing them to get produced even in more quantities and normal. Although, the rather not too encouraging aspect of this drug is that the degree at which it stimulates the growth of hair isn’t heavy. I mean, it doesn’t really increase the amount of hair produced per se.

Don’t get me wrong; I am not saying the weed doesn’t help in beard growth. Of course, it does. Just that, it does so in relatively less quantity. However, the small it helps is very effective.

Albeit, it is better to start moving a step at a time than not even moving at all. You get my illustration, right?

At least it is better to help a little than not offering any. So, the weed is a win-win supplement too!

But wait, this doesn’t give you the express access to start consuming cannabis like a glutton. No! you would be doing yourself more harm than good – you can die of overdose!

And this takes us to the next section, which treats the subject matter even more concisely. Remember, what we have just illustrated is the working principle – the guideline/trick the drug performs.

Right about now, let us discuss how to apply weed in other to help in growing your beard faster.

Applying weed to grow your beard

Weed can be transformed into various forms in other to suit this need. A whole lot. But notwithstanding at such flexibility, never consume cannabis directly under the disguise of wanting it to increase your beard growth rate.

So, quickly, weed for beard growth can be done in the following forms;

Now, let’s take them one after the other.

1. How to grow a beard with weed as a liquid 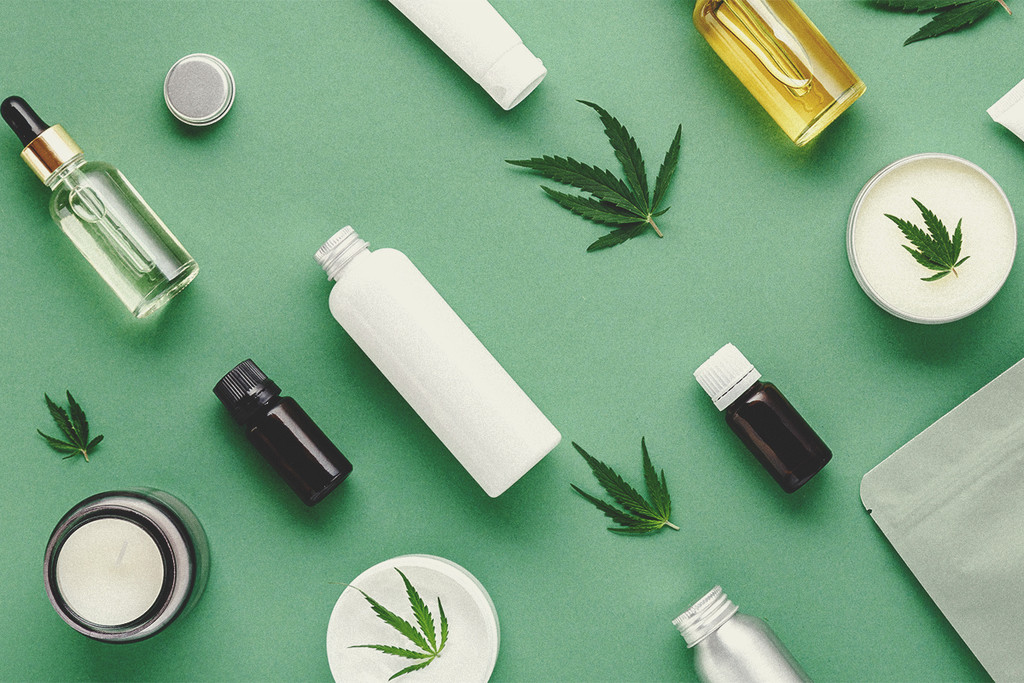 In this case, weed is used either in the form of oil or tincture. Basically, the most used and perhaps, easily accessible is the oil.

We would tell about two oils in this course – the hemp oil and cannabidiol oil (CBD).

Hemp oil, known in full as the hemp seed oil, is a full spectrum oil that comes from the roots of hemp plants. In this form, the ferocity of cannabis is greatly reduced, as it has been ensured not to contain more than 0.3% of THC. THC, in full, tetrahydrocannabinol, is the compounds that cause the ‘highness’ upon consumption of weed.

This oil doesn’t contain the same levels of compounds as the plant itself, remember, it is extracted from the roots. So, instead, it contains even more nutrients, fatty acids, and other useful biotic compounds, which would see to the stimulation of facial hair.

The hemp oil helps in keeping the skin fresh, and clean combats inflammation, and acne. Summarily, it betters the health of the hair follicles of the area it gets applied on.

Its application is quite simple, as it only requires its users to apply directly on the chin, cheeks, neck, etc… Generally, we can say on the facial part of the body.

Cannabidiol Oil is more concentrated in THC than the hemp oil, as it is made from the stalks, leaves, and flowers of the hemp plant, which contain a higher concentration of CBD.

This oil is known as one which acts as an anti-inflammatory agent, whilst also combating clogging of the pores. These two actions are we are all aware helps the growth of beards, as they help in keeping the follicles healthy and active.

This oil, and also the Hemp Oil acts as a moisturizer upon its application. Thereby keeping the facial part of the body hydrated, which also is a direct attempt at keeping the follicles healthy and active.

Additionally, CBD oils is an antioxidant; helps in killing and preventing bacterial infections in the body.

Please note that the striking difference between Hemp Oil and CBD oil is the amount of THC contained in them. While the latter has a larger amount, the former is relatively lower in THC. But both work perfectly and effectively towards the stimulation of facial hair.

Another unpopular method is mixing weed and olive oil. This mixture works wonders, especially on the scalp and roots of beards.

Weed can also be transformed into a cream. This is concocted together with beard cream, or any paste or gel-like compound. Examples of these mixtures are shea butter and weed, and, weed mixed with hair cream.

Taking the latter first, weed mixed with hair cream sounds quite self-explanatory; get a trusted beard cream (beard growth cream is more advisable in other to achieve double actions. You can check out the (MyBeardGang Beard Growth Cream) and mix it with the right volume of weed.

The ratio of this mixture, however, depends on the quantity of cream you have with you. But, with a container of the Beard Growth Cream, you need just a few tablespoons of ground weed.

Ensure your mixture gets uniform before you begin use. And finally, store in a cool and dry place – do not refrigerate! Refrigerating this mixture would cause it to become grainy, thereby losing its smooth texture and effectiveness.

This is another topic on its own. But, lets briefly run it here. Indian hemp – weed, can be mixed with shea butter, and relatively the earlier discussed mixture, this serves a greater deal.

Shea butter is simply fat which is extracted from the nuts of shea trees. However, more than just this definition, the shea butter has proven to be a great moisturizer and non-comedogenic meaning it doesn’t cause the clogging of hair pores and has over the years being thriving in the cosmetics world.

Mixing this great natural product with weed produces a final result that is unimaginably efficient! the interesting thing with this mixture is, you can do it yourself, right from the comfort of your home!

How to mix Indian hemp and shea butter for hair growth

Also, just like the mixture of weed with hair cream, do not keep this mixture in a fridge. It destroys its potency. Instead, keep it in a cool, dry, and dark place.

Conclusion on how to grow a beard with weed

Our world due to ignorance is missing out a great deal of benefit which can be derived from weed. Albeit, I am happy you are aware now that the weed can help you grow your beard even faster. And not only that, but you also know how to prepare one for your use.

It’s been a great time together, enjoy the world of bearding!