Do you want to buy a beard wash? Then read this post before you make that decision. Otherwise known as the beard shampoo, the beard wash is yet another important beard care product that you need to include in your beard grooming kit. As much as I would not want to digress from the main subject of this article – the top ingredients of the beard wash, I feel the need to discuss even more about the beard wash in general.

Don’t worry, I would balance the scale…

What is a beard wash?

For a few of you reading this, you might have known comprehensively, what the beard wash is all about. However, I am a whole lot of percentages sure, that there are several others whose idea of a beard wash has been hearsay and/or word-of-mouth’s sourced-from information.

Asides washing the beard, most of the beard washes, also help in conditioning, moisturizing, and a few times, hydrating the beards, even to their roots.

It is noteworthy to say that the regular shampoo is different from a beard shampoo. There is a load of differences between these two, and replacing one for the other in their place of the application might cause effects in opposite to the predicted.

Summarily, this is what a beard wash, otherwise referred to as a beard shampoo, is all about. However, as and today, there are plenty of contents in the beard community that also assume the name “beard wash,” whereas, are nothing to be termed as one. Now, the big question becomes: how do we identify a good beard wash?

Identifying good beard washes isn’t really something tasking in as much as one already knows what and what to look out for when getting on-the-lookout. In other words, there are a few factors, criteria a beard shampoo must beat before it can be regarded as the best beard shampoo for your beard. So, let’s get down to that:

What to look out for when getting a beard wash

Top Ingredients of The Beard Wash

It is no news that the ingredients of any product solely determine the degree of its efficiency, and all. Best beard washes make use of the best ingredients, and briefly, let’s dive right into it.

For beard washes, their top ingredients are always organic, all-natural ingredients.  They include;

Now, let’s take them one after the other;

The Castor Oil is a vegetable oil which is usually obtained from the seed of Castor Oil Plant, scientifically referred to as Ricinus Communis. As a top ingredient of a beard wash, the Castor Oil helps in promoting the growth of the facial hair upon which it is applied. This is achieved via improving the circulation of the blood and certain hormones to the hair follicles present in the chin area.

Asides hair growth stimulation, the Castor oil also helps the beard wash reduce dandruff, irritation, and other ailments of the skin that is caused by dry skin.

The Castor helps also partially contributes to the moisturizing effect the beard wash gives its users’ beards. This is as well achieved due to the presence of fatty acids in the oil. Castor oil prevents aging of the beard.

Coconut Oil also causes the beard shampoo to act as a moisturizer. There is this scintillating effect it causes the beard wash gives to a beard upon its application. It leaves the skin extra smooth, and with a dewy feeling. This as well is achieved by the coconut oil via the fatty acids it also possesses.

The presence of coconut oil in a beard wash also helps in fighting off bacteria that causes acne, and sometimes dandruff.

Beeswax, scientifically referred to as Cera Alba, has a possessive anti-allergenic and anti-inflammatory property, which in turn causes the beard wash to act as a combatant against dandruff, acne, and the irritation of the skin.

The Beeswax does this by forming a strong protective wall in its users’ skins, which seals up moisture. This which is done, yet without clogging, killing, smothering, nor rendering the pore spaces useless.

The Green Tea Extract, as an ingredient in the beard wash, is a good source of panthenol.

Panthenol helps the beard shampoo in improving the strength of the facial hairs and also managing the split ends of such hairs. The Green tea extract also helps in casing the beard wash fight against all impurities present in the beard it is applied upon, as well as keeping the underlying skin hydrated.

Green tea as well helps in slowing down aging.

Biotin is included as an ingredient in a few beard washes in other to stimulate the growth of such facial hair. As known before now, the Biotin is a very important vitamin in beard care products, which helps in hair growth.

However, asides causing the beard wash to act as a hair stimulant, Biotin also helps in growing a stronger and healthier beard.

Even asides being a top ingredient in a beard shampoo, the avocado oil has been touted to be one of the most important constituents your body needs. This is owing to the abundance of importance it gives to the body system.

Now, let’s treat it as an ingredient in the beard wash…

The principal cause of the moisturizing effect portrayed by beard shampoos is the avocado oil. Also, it helps in making the beard shampoo act as a natural sunblock.

The Activated Charcoal is a special constituent of a beard shampoo which helps specifically in removing toxins from the beard. In other words, it causes the beard wash to act as a detoxifier of impurities present in the skin.

The Jojoba Oil, scientifically referred to as Simmondsia Chinensis, is a liquid wax that is extracted from the nuts of indigenous American shrubs. Its presence in a beard wash causes the beard wash to act as a moisturizer.

In cases where the skin fails to produce sebum naturally, the Jojoba oil comes into significant play, serving as a moisturizer, and also a beard conditioner.

Are you experiencing the thinning of your facial hairs? Then beard shampoos that have the rosemary oil as one of their ingredients should be the one to choose. With the presence of this oil in a beard wash, the beard helps in boosting the thickening and strengthening properties of such beard.

Rosemary Oil is also a natural hair disinfectant. This is achieved via the natural antiseptic properties it possesses.

The Shea Butter helps as well in moisturizing dry, irritated, and sun-damaged skins, and hair. Shea Butter achieves this through the natural and organic vitamins that it contains.

It also helps in boosting the growth of the facial hairs, the protection of the skin and facial hair from infections and radicals, and also nourishing the hair and underlying skin.

Having gotten familiar with all of the top ingredients of the beard wash, as well as other factors to consider when considering to get a beard wash, let us also briefly review a few beard shampoos which for us, are the best toy can get in the market.

The “Honest for men beard wash” contains great essential oils as its ingredients, most of which have been described before this section.

It possesses a great smell, which however dissipates as soon as the beard gets dried. Its cleaning effects are quite subtle, which thereby doesn’t give your beard nor follicles, a long-term damage 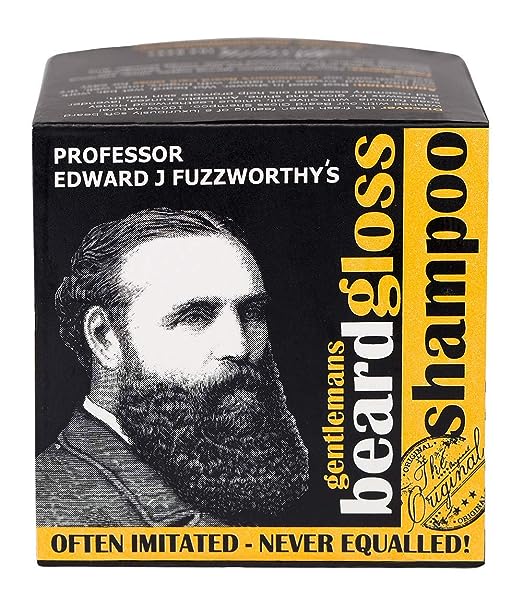 This beard shampoo might not appear to be the kind of beard wash you ate used to. Owing to the fact that it comes in a black form, which is similar to that of bar soap – you know, many of you all are used to shampoos being in a liquid form. Albeit, this beard shampoo appears to be the best you can get in the market.

It portrays about 90% of every characteristic a beard wash has to have. 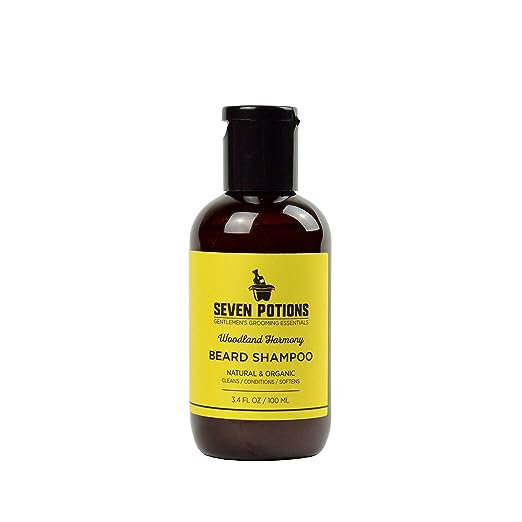 This beard care product is made from 100% natural and organic ingredients, amongst which are mentioned in the previous section.

Other Beard Washes notable of mention are;

Conclusion on the TOP INGREDIENTS OF THE BEARD WASH

What you know cannot kill you; I am pretty sure, henceforth, your choice making when sourcing for the beard wash to buy next, would be better.

What else don’t you get amongst the top ingredients of the beard shampoo? Why not let us discuss it via the comment section.

Till then, cheers to a great bearding experience!