What kills hair follicles? Are you a victim of bald spots in the beard? Or, have you been having issues growing a full beard? Do you have issues with an abundance of stubbles in your beard? then, you might be facing the condition of dead hair follicles. Or, are you just getting aware of the possibilities of killing your hair follicles, and need the precautions to take against this occurrence?

If you are a victim of the former, don’t freak out. Dead hair follicles, although being a rather harmful occurrence to the beard, and skin in general, it can always be sorted out when addressed quite early. However, how do you address an issue, when you aren’t even well aware of the cause? Isn’t logical, right?

Yea, actually, it isn’t. Hence, the reason for this article. Here in this content, primarily, we would be discussing extensively, what kills hair follicles. By this I mean, the actions, and steps which you can to prevent its occurrence.

However, truth be told, some people actually need to get a few hair follicles dead. Example of such persons is those who experience excessive growth of hairs on their skin, etc. Should you fall into this category, then there isn’t really much need for you to worry about the survival of your hair follicles. Although this doesn’t mean this article isn’t of any use to you; I’ve gotten a package for you too!

Firstly, for you who has excessive growth of hair; What Exactly Causes the Excess Growth of Hair?

Basically, As discussed extensively in one of my previous articles, (see it here), the main cause of the excess growth of unwanted hair is the hormones and genetics of such person.

Albeit, in details, below are a few causes of the imbalance of hormone and genetics in the human body – women especially;

1. Over Production of Androgens

PCOS, which is an abbreviation for Polycystic Ovary Syndrome, is a common hormonal disorder whose effects come into full materialization during the years of reproduction.

Cushing Syndrome happens when the body gets to release excessive cortisol over a long period of time. This sometimes leads to high blood pressure, and/or bone loss. However, the effect is commonly the excessive growth of body hair.

Now, the big questions are; what kills the hair follicles?

Checking painstakingly and thinking critically, you would agree that both questions are a prerequisite to one another; you would realize that knowing how to kill the hair follicles automatically brings to justice, what kills hair follicles, and this applies vice versa too.

How we kill our Hair Follicles

The amusing thing about this is, there are lots of things, actions we take, which unknowingly to us causes the death of our hair follicles. Generally, hair follicles can be killed either by natural means, by the application of chemicals, usage of medications, and visiting the Dermatologist.

So, one after the other, I would be explaining each of these means to you. Let’s move! Note; all of these things mentioned below, are various actions, steps, etc. to be avoided so as not to cause the death of your hair follicles, thus preventing you from growing a full beard as you have desired.

The listed below are the various natural ways you can unconsciously cause the death of your hair follicles;

Now, let’s discuss them in details…

Just as you’ve known it, Plucking takes the same meaning – using your hands to remove the hairs with force. Forcefully removing strands of beard from your chin is a very disastrous way of killing the follicles. In as much as you might be deriving pleasure while plucking, it is important that you know this action can cause you to have patches, irritation, and itchiness in your chin area.

Shaving also does the removal of the hair well. Surprised, right? Yea, shaving your beard is part of what kills the hair follicles.

However, this method requires to be repeated so frequently before you can feel its effect. This is because shaving doesn’t really go deep into the roots of beards, but instead only works on the surface.

This also causes the death of hair follicles. The thing in waxing is, it causes pain. Although, the pain is one that can be mostly endurable, except in extreme cases.

This is the last natural remedy to unwanted hair that would be discussed. Sugaring is just another hair removal, just as efficient as waxing, although causes a little less pain than the former.

The usage of the below-discussed chemicals would utterly destroy your hair follicles, and most times, the remedy isn’t feasible. So, these are chemicals you really need to, possibly flee from – they are plaques, avoid them! 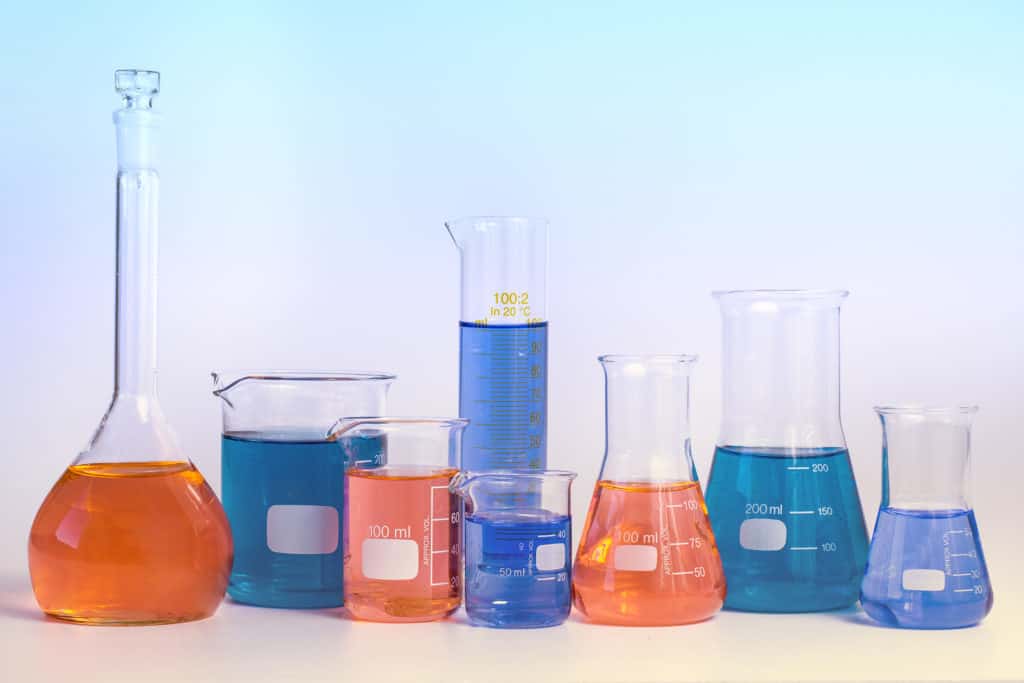 This kind of products is one popularly known to help in destroying hair follicles, and most people usually apply them on their legs, chest, and arms. However, as a lady who doesn’t want the growth of hair on the chin, and other unwanted places, then the over-the-counter solutions are one that should be considered for use.

Popular examples of the over-the-counter solutions are Veet and Nair,

Veet is a product made in such a way that when applied, it breaks the bond between the hair follicles and the hair, then proceed to kill both. Nair on its own end is made from potassium hydroxide and thioglycolic acid. The mixture of this two causes destruction to the hair follicles, thereby rendering them useless and unable to create space for the growth of hair in such area.

They achieve this feat by increasing their PH level.

The Potassium Thioglycolate is yet another chemical popular for its hair elimination’s property. It breaks down the hair follicles just as efficient as the Lime & Lye, although its mode of operation is a tad different from those of the former;

This chemical breaks the bonds within the follicles of the hair, which in turn causes such a hair to become so brittle, and hence causes it to fall off.

These aforementioned chemicals are chemicals you should be really wary of, and shouldn’t be tampered with at all without proper care. If not handled and applied with care, these chemicals might eventually cause your skin to burn.

Other side effects of these chemicals are an allergy, foul smell which might take a while to fade, and also welts. So, you see for yourself, the need to be extra careful and vigilant when applying these chemicals.

Medications – Another Approach On What Kills Hair Follicles

There are a few medications, many options which you can go for when contemplating to treat the growth of unwanted hairs, and most especially, to kill the hair follicles.

However, unlike chemicals whose response rate is high, most of these medications take a relatively long period to deliver – some takes up to 6 months before results start becoming evident.

Below are some of these medications which can be used to kill hair follicles.

Also known as Hormonal Contraceptives, Birth Control Pills are common medications used in treating the growth of unwanted hairs. Contrary to your basic knowledge of the function of birth control pills, it has been confirmed that these medications help in controlling the production of androgen. This is achieved through the presence of estrogen and progestin in these pills.

However, these pills have a few side effects, which includes nausea, dizziness, and sometimes, stomach upset.

This is also an anti-androgen medication, used specifically to block the androgens present in the body. Many at times, the Spironolactone is prescribed when birth control pills seem not to give desirable results.

This is usually specially prescribed to people who want to combat unwanted “facial hair” growth. This way, they are only concerned with the face, and not other parts of the body. This particular medication is made specifically for women.

However, the setback of this medication is that it doesn’t remove already existing hair.

This is either by Electrolysis or Laser.

Electrolysis is a method used in treating unwanted hair growth, which is usually carried out in a salon.

In this method, pain is inevitable. In fact, a great amount of pain – I am actually not trying to scare you, I am just stating the obvious. So, it is usually advised to take a pain-relieving drug at least an hour or more before the operation is carried out.

In some cases, the aftermath of the treatment leaves you with redness, dark spots, and sometimes scarring too.

The Laser Removal Method is touted to be one of the longest-lasting as well as the most effective treatment method for hair removal and the killing of hair follicles.

This treatment is usually conducted at a Dermatologist’s office. The method involves the use of a light pulse to destroy hair bulbs. This is done over and over – say like four to five times, before full results can be achieved.

The laser method causes less pain than then electrolysis method, and as stated earlier, is more efficient than the formal.

Conclusion on What Kills Hair Follicles

As mentioned at the onset of this article, “what kills hair follicles” is a prerequisite to “how to kill air follicles,” in fact, both of them are intertwined. And by now, I am sure you too have discovered the same.

While treating how to kill hair follicles, you sure must have discovered what kills hair follicles. And with this realization, I am happy to draw the curtain!

The growth of unwanted hair can be very irritating, but with the above-discussed methods, there shouldn’t be issues for you when dealing with them again.

3 thoughts on “What Kills Hair Follicles?”